Víntegris was born as a family business focused on computer systems integration (making all programs work coordinated); it grew thanks to deals with large clients such as BBVA, the Generali Group or Catalana Occidente, specializing in developing technological solutions in the field of digital signature. Then, it was absorbed by the North American biometrics group Topaz and has now reached the Congress of Deputies. Víntegris Tech has just won a public tender to be the one in charge of guaranteeing maximum security and giving legal value to the electronic signatures in this Spanish congress.

This award, of around 130,000 euros with a four-year validity, will allow “all deputies’ everyday operations to be carried out with legal probative validity and with adequate traceability, in person or remotely, complying with the security standards at the highest level that exists today.

Slightly more can be said about this topic by the general manager of Víntegris, Javier Bustillo, who is responsible for the full deployment of the solution, trusting the project as one of the company’s great catalysts. In fact, his arrival at the head of the company a year and a half ago largely answers to this intention to grow faster in the coming years. Despite not giving billing figures, they do confess to having more than 15% over 160 million euros market potential (around 25 million). They are planning to double this figure in two years and expect to further expand their workforce after hiring 20 new people.

In addition, the arrival of Topaz “ is going to push us to regularize the international approach at the end of the year, basically in 4 geographies: France, Italy, Germany, and the United Kingdom,” adds Bustillo. “The objective is clearly to internationalize the company, not only because the technology is ready or because the potential business opportunity is huge, but also because in 2016 we obtained the eIDAS certification, which allows us to operate within the European Union”, explains the manager, noting that this characteristic distinguishes Víntegris “immediately” from several of their competitors.

Víntegris defines itself as a software manufacturer specialized in electronic certificate issuance to validate digital signatures that are now crucial in many administrative processes. “Something that used to be uncommon is becoming more and more present because technology enables it and because relationship methods between public administration, companies, and people require it,” Bustillo comments.

He says its importance also lies in the fact that more and more machines are automating processes and procedures; such technology ensures that they do so safely, correctly, and with legal validity. And finally, regarding the metaverse rise. “Economic transactions that have their correspondence in real life are going to exist there, so ì participants will have to be perfectly linked and identified,” says Bustillo, who does not dismiss that in this somewhat distant future and depending on how companies and customers react, this could end up being one of its business lines. 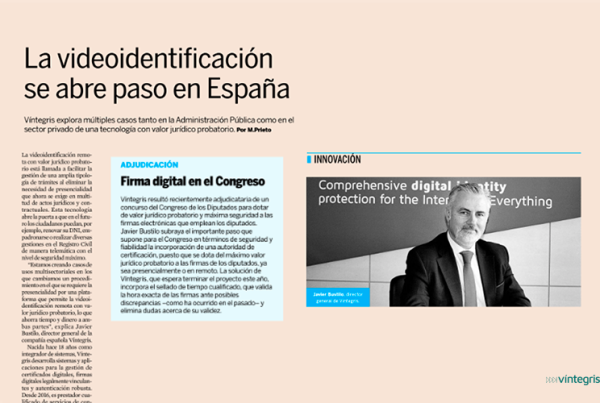 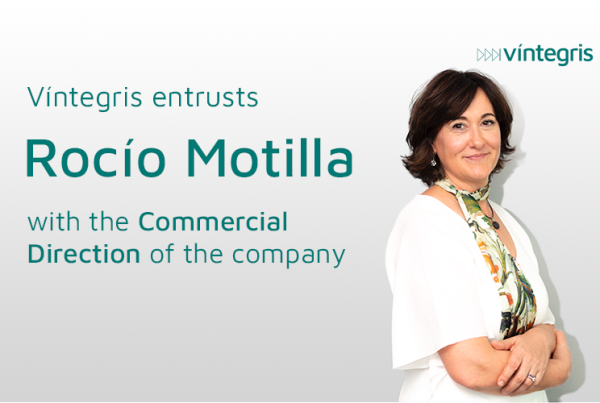 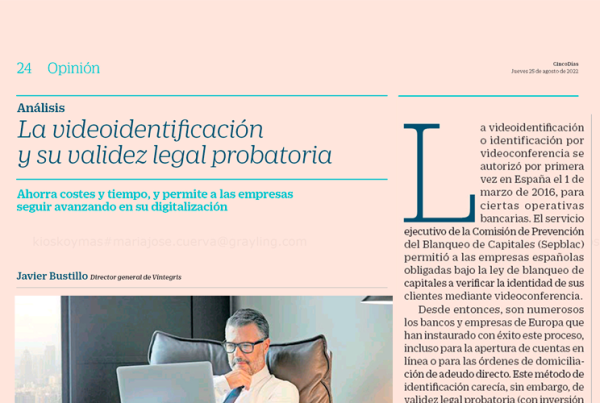 Close Menu
We use cookies to ensure that we give you the best experience on our website. If you continue to use this site we will assume that you are happy with it. OkPrivacy Policy